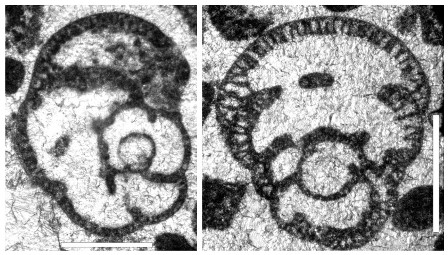 Plio-quaternary marine deposits are largely documented in western Umbria (central Italy), although they still lack of biostratigraphic definition. In spite to literature current data, Early Pleistocene deposits outcrop more extensively than previously reported in the Orvieto area. A composite biostratigraphic succession, almost continuous from the top of G. gr. crassaformis Zone to the top of Gl. cariacoensis Zone, can be reconstructed into offshore clay sections. Nannofossil assemblages and marker events (bmG, tCm, blG, tHs, tlG) from MNN16a to MNN19e Zones have been documented. Lower shoreface-transition to offshore sections here considered are characterized by poorer planktonic assemblages; nevertheless, they are still referable to the same stratigraphic interval. Deposits can be partially inserted into the “Chiani - Tevere” depositional cycle, which so appears to be largely documented also in this area. Moreover, marine conditions persist in the area from the base of Gelasian to the top of Calabrian, thus it can be modelled as a peripheral, survival sea-branch, cut-off from the main river supply and from continental evolution. On the other hand, outcrop of Zanclean to Piacenzian deposits looks to be very restricted and local all around Orvieto town, and the former distinction of superimposed depositional cycles can here only be presumed.

Confirmed Researcher on Sedimentology and Stratigraphy